In the Internet of Things, a robot can be a connected "thing" and controlled from the Internet. But it gets much more interesting when those connected robotics establish connections with other "things." From there, imagine those connections extending from Local Area to Wide Area connections. Despite technical issues, the integration of robots within the IoT can offer great advantages in many fields, and both entrepreneurs and investors are committed to this segment. 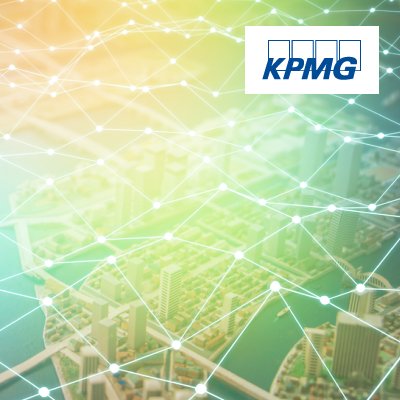 Silicon Valley, California, Feb 2018/Meeting Recap/ The February Innovation Review of the IoT Forum revolved around Robotics within the Internet of Things.  We heard from several companies across the Robotics ecosystem, each finding success through providing solutions that, while sounding like science fiction, are creating value in the market today.

The first presentation from CloudMinds showed off their cloud based distributed intelligence platform for robotics, where they leverage human supervisors to aid a growing number of human facing robots like Softbank’s Pepper.  CloudMinds offers low latency, human assisted, robotic command and control with the vision that every household will be using a service robot by 2025!

Next we heard from IoTa Beam, addressing the fear all IoT users have, security.  Their StarDust solution allows for robust encryption of IoT payloads at even the smallest processors running endpoints.  They leverage NSA proven encryption methods to ensure data and commands moving to and fro are not usable by actors outside of the client’s network.

The morning start-up presentations were rounded off by a visionary talk by Unmanned Life.  Unmanned Life is focused on Autonomy As A Service, tying into existing robotic systems and providing a coordinated command and control platform that allows existing siloed equipment to work together.  Mixing drones, robotic arms and other industrial equipment, Unmanned Life has deployed time and cost saving sorting workflows into the shipping and logistics industry.

The mid-morning product reviews were kicked off by Franka Emika, a recent member of the Silicon Valley German Accelerator, with their low cost, easy to program robotic arm.  With seven degrees of freedom, ability to interface with standard end effectors, “app easy” workflow programming and a jaw dropping $13k price tag per arm, Franka is disrupting the view that automating workflows is expensive and complex.  Their integrated torque sensors at the joints make this arm compliant and safe in human centered environments in ways that position or force controlled arms are not.

Service Robotics firm Savioke shared the rampant success of their delivery robot, Relay.  Deployed in several hotels, this human centered mobile robot has penpals of former guest, cameo shots in vacation photos and a staring role in many hotel reviews.  Deployed in a subscription model, Savioke’s relay allows hotels and other enterprises to focus their human capital on more critical tasks than moving goods around their facility.

Robby.io focuses on outdoor delivery, building a platform that thrives in the messy world of sidewalks and roads to off-load human delivery workers in restaurants in busy urban areas.  With operations in Palo Alto, Hollywood and other locations, Robby, like Savioke, works with clients to find the business model that works best for their target clients, most opting not to own the robots outright.

The final product review was from Area17, named for the area of the brain that contains the visual cortex that processes data from our eyes.  Area17 has developed a vision only (no Lidar or beacons required) internal navigation system being used by warehouses to improve inventory tracking using Area17 enabled drones.  The facility can be mapped by Area17 personnel in a matter of days and then the drones can take over the time intensive drudgery of inventory management, reducing losses and closing the gap between supply and demand.

An alum from our January meeting in Industrial IoT, NebbioloTechnologies, along with their client Kuka Robotics, presented a case study on how Nebbiolo’s Fog Computing platform has allowed Kuka to rollout factory level automation without having to make extensive hardware modifications to existing robotic assets. Together, Kuka and Nebbiolo have been able to improve operational efficiencies for clients in the automotive and other manufacturing spaces.

We closed the IoT Forum with a rousing discussion by Pär Edin, of KPMG, Zachary Weiler of SRI International, and moderator, Dr. John Feland of Argus Insights.  Pär highlighted the coming robotic disruption of Autonomous Vehicles and the value communication platforms have in ensuring low latency, decisive action on the part of these bots with four wheels.  Zachary opined on the benefits in robotics taking over the 3D’s of industry, Dull, Dangerous and Dirty, with examples from the mining industry.  Both saw the impact of 5G on robotics as being a key enabler, especially with the growth of distributed intelligence platforms like CloudMinds, Unmanned Life and others.  A key insight was to focus on the robotic automation of Tasks, not Jobs, that automation might move tasks from Humans to Machines but that was not the same as taking Jobs.  Both saw billion dollar opportunities in markets where low cost labor constitutes a big part of the supply chain.  Both Pär and Zachary were bullish on the opportunities for Telcos to play a key role in the growing adoption of Robotics in the Internet of Things.

Thank you to all our speakers, and to KPMG for hosting. Presentations are available to members in the Library.

Join us on 15 March 2018 for the next Innovation Review.  March’s meeting will focus on the Energy Sector.  Join us to hear from incredible companies, meet amazing people and ask your most probing questions.