IoT Forum members are the tech scouts and innovation executives from dozens of companies across the IoT industry. This month, we meet during Sensors Expo to review innovation in the sensors segment and highlight new technologies being deployed in sensors products, services, and AI. This ½-day, executive-format meeting highlights vendors who are leading the segment forward and brings dozens of undiscovered companies to the stage 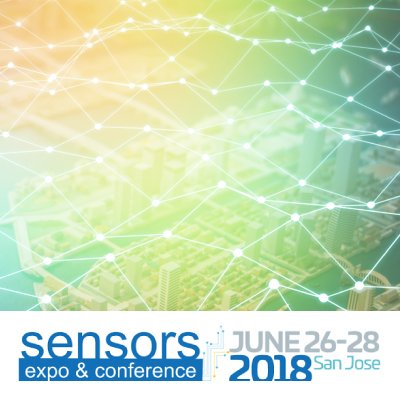 Silicon Valley, California, July 2 2021/Meeting Recap/ Last week, the Council held its usual meeting in a space co-located with the Sensors Expo at San Jose’s McEnery Convention Center. While these meetings always assure us that we prefer the access, parking, and community spirit that our usual meeting hosts provide, the co-location gave our attendees the benefit of visiting the larger and very interesting Sensors Expo show floor, with all of its sensor vendors, analytics platforms, connection technologies, and solutions providers.

The bulk of the show floor demonstrated what analysts have been saying: That the Sensor’s market is thriving, and is largely focused on Industrial IoT, 4th Wave Industrial Revolution use cases, but that there were many active sub-categories such as automotive, smart city, smarthome, consumer IoT, Consumer Electronics, and more.

Our side event offered a view of the Sensor market, and a look at a number of startups in the space. Meeting Moderator John Feland, of Argus Insights, asked everyone to introduce themselves, and their favorite kind of sensor. This made me think a little, but forced me to this insight:

My favorite sensor is software.

Now, I understand this is a cheat answer to the question, but allow me to make my case. There are numerous occasions, through the past decade, where I have noticed that a sensor originally meant to measure ONE thing, was found to be useful for measuring something completely different, just by writing new software. Take, for example, the humble accelerometer. Its use in smartphones was primarily intended as a cheap sensor to let the phone know when it was in portrait and landscape mode. This allowed the phone to rotate the screen and display right-side-up content to the user, as well as allow the camera to know which was up, and embed that info into photos. But once in place, Apple exposed the APIs to this sensor, and when the opened the app store a year later, numerous games immediately started popping up using the accelerometer:

– Parrot launched the AR.Drone, a quadcopter that used the tipping of the phone as a remote control to fly the drone

– Lots of software appeared, like music players, that enabled “shake the phone” to shuffle music

Another interesting example happened in 2014, when Russian startup GERO asked Fitbit users to volunteer their login credentials so GERO could run analytics on their data. Fitbits, as most know, are used to track steps taken and physical activity – doing so primarily with an accelerometer similar to smartphones, and customized analytics for pattern recognition. With the data from 3,000 Fitbit users, GERO was able to mine the data, perform pattern recognition, and correlate people with known diseases, say Parkinson’s, with other users in the test group. GERO was able to determine, with 85% accuracy, if subjects in the test group had early onset Parkinson’s – sometimes before the subject even knew it! From this example, we can see that they developed, effectively, a new sensor – a Parkinson’s Sensor – but did so completely in software.

So, my argument is that, while software is not itself a sensor, software can be written that turns a sensor into a completely new sensor. And the HUGE bonus of this is that it leverages existing hardware, so has a low cost. And the KICKER is that the business model of software scales very differently than hardware.  While hardware always has a positive marginal cost of production, always has a positive cost in the BoM, software has a zero marginal cost of production! This is like new sensors for free.

This different fundamental business calculus is one of the reasons Marc Andreesen famously said “Software will eat the world.” If something CAN be done in software, it will be cheaper to do it in software than in a dedicated hardware device. This also means that installing sensors, and opening the APIs, fusing sensors, and centralizing AI to process the data will result in FAR MORE intelligence than was originally expected from each sensor. The sum of the whole will be greater than the sum of the parts.

This has frightening privacy implications, but awesome automation and knowledge implications as well. We need rules to protect our private information, but we will benefit greatly from a handful of sensors, and great software.

As usual, if you’d like a copy of the startup presentations, those are all available in our Member Library. Thanks to our presenters, Sensor’s Expo, and those who came.