5G is the hottest topic in telecom, as it’s expected to really take-off in 2020. Billions of dollars are about to be spent on next generation networks. So the Telecom Council is building a meeting that brings together the stakeholders, dealmakers, & tech shakers which are flipping the “on” switch for 5G. Our agenda will clarify what 5G is, cover the varied implementations, review the technologies, & discuss the business cases. Come join us & connect with the companies on the front lines of 5G. 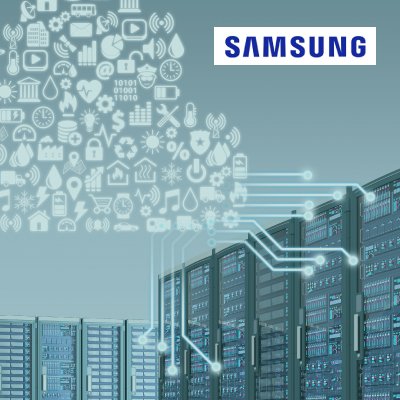 With 5G deployments happening in leading nations all around the world, it seemed important for the Telecom Council to hold a meeting around 5G, and to hear from various startups and companies in the space. In South Korea, there are a number of live 5G networks, so it seemed fitting for our meeting to be hosted by Samsung Networks, one of a handful of major providers of 5G networking equipment.

Samsung welcomed us with a brief introduction into their 5G products and achievements, then we launched into our meeting. We first heard from David Witkowski from Joint Venture Silicon Valley. JVSV is involved in helping municipalities plan and deploy the latest wireless technologies in ways that optimize the use of tech in the public interest. David spoke to us about the unusually high amount of backlash against 5G, mostly at the local level. Citizens, fed by the internet, have a mix of well-founded aesthetic objections to 5G, as well as a host of unfounded scientific and health related objections. David explained how the aesthetics were an addressable concern that the industry must accommodate in order to succeed, but also discussed how the supposed health issues around 5G weren’t based in science, and thus could not be fought back with science. He explained how everyone interested in progress of radio communications should:

And worth noting that the telecom industry is over-represented as lobbyists at the state and national level, but under-represented at the local level.

Christos Kolias, of Orange, gave us an introduction to some of the powerful new features of 5G networks, specifically Private LTE networks and Network Slicing. Private LTE networks enable corporate adopters to have highly reliable local communications in dedicated spectrum. Slicing would allow virtual-like private slices of 5G networks, designed to serve a specific class of devices, a specific client, or a specific use case. Each slice of the network could be configured completely differently, and optimized for different levels of latency, QoS, reliability, directionality, and virtual network functions. For example, a slice could be dedicated to municipal operations as a low-bandwidth, high latency, but cheap way for towns to manage IIoT resources, while another slice could be configured for First Responders and Public safety in case of disaster, giving multiple agencies a common network to coordinate responses. These slices could be created, grown or shrank in real-time, responding to needs.

Our panel discussed various aspects of 5G, from  Enhanced Mobile Broadband (basically, what 4G already does, but better), to IoT, to new use cases for media, games, AR/VR and more. Our audience chimed in with their thoughts around useful applications of 5G, such as Vehicle-to-vehicle, robotics, and more. Panelists explained how lower cost per megabyte is not a “sexy killer app” but it is the fuel that powers radical changes in usage and adoption. When prices drop to new levels, it becomes fertile soil for innovators to come up with new ideas that would never have worked at the old higher costs. As David Witkowski said, “I don’t know what the killer apps for 5G are, but the people that will be CEOs for those companies are still in high school, and they’ll show us soon enough.”

As the panel discussed the live 5G networks, we learned that current 5G deployments are mostly beginning in the sub 6GHz spectrum using conventional mobile phones…but that this was just because that’s the easiest, most obvious place to start. As networks are built out, and are proven, new device types, applications, business cases, and usage scenarios will emerge.

Our meeting wrapped up with our usual rapid-fire session, where startups and innovators get just 5 minutes to pitch their ideas, in the hopes of some follow-up opportunities with potential partners. We had 7 quick pitches, ranging from FPGA radios for flexible and bespoke 5G networks, to applications that leverage 5G speeds to create and use real-time avatars to represent people in visible interactions, such as chatting, or customer support.

Lots of stuff going on here. 5G has moved out of the powerpoint, and onto city streets. The stage is set for a time of rapid innovation, and new disruption. Can’t wait!

Thanks again to our host Samsung, to our expert speakers, thought provoking innovators, and to all who brought such interesting conversation to the room.  As always, members can access the presentations in our Member Library.